ENOUGH – The case of the n-word 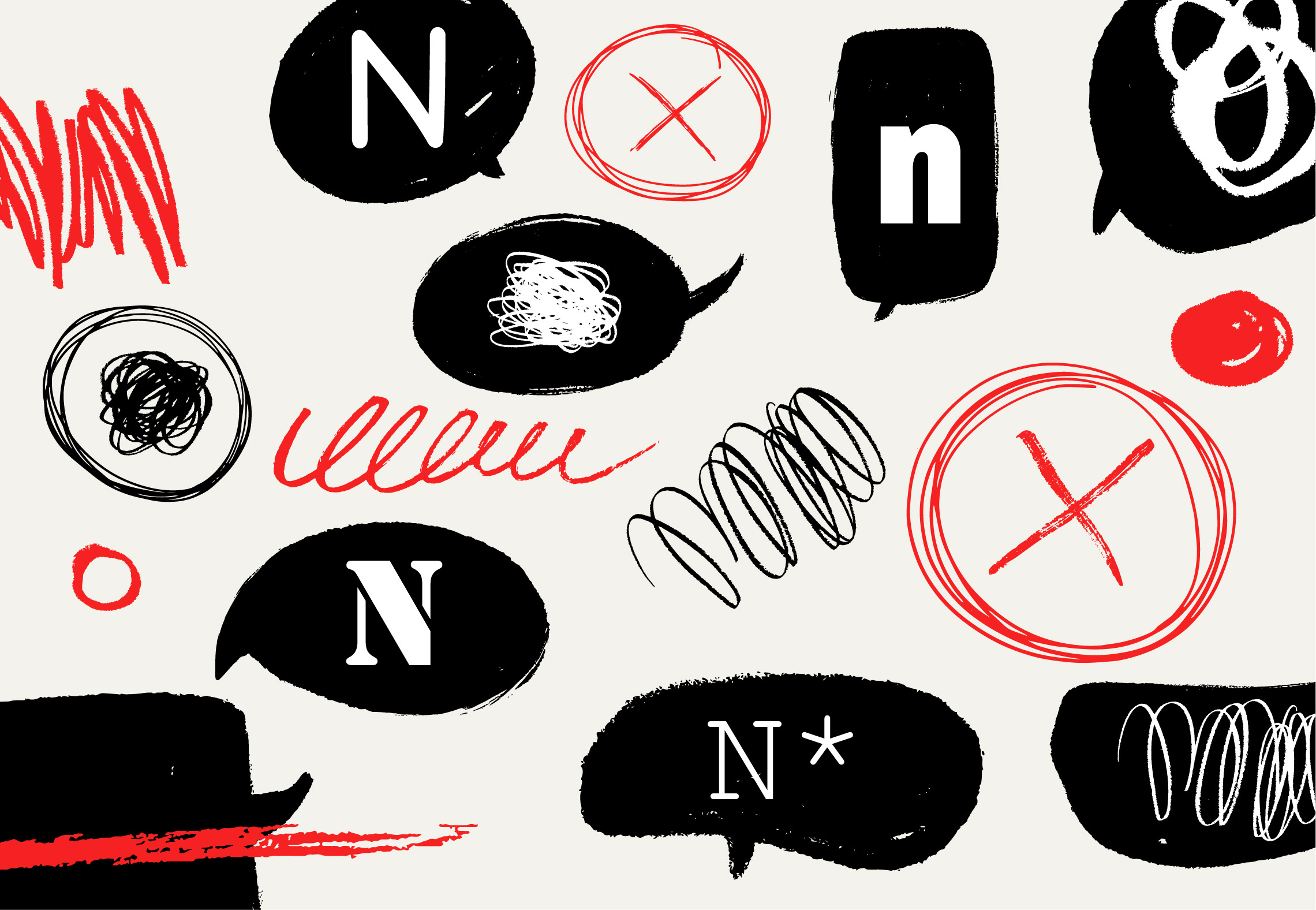 When one lives in a society where they are not perceived as the other – by the government or the majority of the members of that society – it is fairly easy to choose not to deal with problems ‘the other’ is forced to face every day. In fact, one could argue that in most Western societies, the experiences of non-heterosexual individuals are far less important than those of heterosexuals; women’s dignity is not worth preserving as much as men’s dignity; and the sentiment of people of color (poc) are less deserving of consideration than those of white individuals. This is mostly because in certain countries the so-called ‘tradition’ represents an obstacle to the ability of that country to guarantee basic human rights to all members of its society.

If we think about it, we live in a world that is in constant evolution, and as human beings, we are naturally programmed to adapt to the change by letting it mold our minds, redefine our identities and perhaps even challenge the ideas and perceptions we had of the world surrounding us, while opening up to new ways of seeing and understanding our society. Yet, being able to discourage people from using a terminology that violates human dignity, feeds into people’s prejudices and stereotypes, encourages discrimination and contributes to creating further division, seems to be an impossible task. This is the case of the n-word in Italy.

Italy still very openly doesn’t reject the use of the n-word in day-to-day conversations or on TV.

Part of it is perhaps because a great portion of its population is oblivious of its past, and of the role the country has played during the colonial period. Italian colonialism is barely acknowledged by Italian society. People tend to forget about it because it happened during a period of time that many Italians prefer to forget – Fascism. In most cases what we are taught in school about Fascism, is that we tried to colonise Libya, Somalia, Eritrea and Ethiopia, but that we weren’t as successful as France and Britain, so we gave up and we went home. This clearly diminishes the role of the Italian government and military in the colonisation of people. It also diminishes and ignores the suffering of the Eritrean, Somali, Ethiopian and Libyan people in the same way the struggle of black people in Italy is dismissed today.

The history of the n-word, and its meaning are not widely known by Italian society. We are not taught about it in school, and we don’t have successful black Italians in modern pop culture, who can be positive role models and/or lead anti-racist movements, while teaching us about racism, its meaning, its repercussions, and how we can steer away from it. Sadly in Italy we don’t have anyone as influential as the Obamas or Oprah who can actually make a real difference. All we have is people who know that using the n-word is wrong, but who don’t really know why. What is the history behind it, who used it and why, and what it meant for the people who were called that. As a result, Italians don’t necessarily believe that addressing someone using this term is such a big issue, and consistently refuse to accept that this word is in fact an extremely offensive racial slur. Perfect examples of this are schools, stadiums, national TV and social media.

One of the most common lines of defense is “this isn’t racism, it’s ignorance.” In Italy this comment can let you get away with murder.

Italian people think that racism is a problem that only affects countries such as France or the United States, in fact most of the time when reading comments on social media under controversial posts that are concerned with ethnicity, discrimination or both, one of the most common lines of defense is “this isn’t racism, it’s ignorance.” In Italy this comment can let you get away with murder. But how do you know? How does one know if what one is saying is racist or if it’s just a comment dictated by ignorance? There is no way to tell, especially when we start talking about intent, and this is one of the main issues around the use of the n-word in Italy. People use it carelessly, and when they are called out on it, feeling under attack, they often respond “what’s the problem? I don’t mean it like that.” It doesn’t matter, the intent is not at the heart of the issue, the problem is with the word itself, its literal meaning and the way it makes black people feel at large. First of all, it must be acknowledged that in the Italian language, there isn’t a word with the equivalent history and discriminatory message that can be used to refer to white people. White and black Italians or black immigrants who are settled in Italy don’t share the same history or the same repercussions of a past that still negatively affects the social experiences, and the decisions black people make in their daily lives.

For example (1) where to live – as this may have an impact on job prospects and on the way they will be treated by the people living around them. Choosing to live in a small town, may prove to be extremely challenging because of lack of diversity, and because of how unpopular immigrants are in small Italian towns. (2) Where to send their children to school – to ensure they won’t be targeted, and that they will have the same learning experiences/opportunities as their peers. (3) Where to travel – to make sure they don’t have to deal with racism while travelling to destinations where people can be unwelcoming towards white Italians who come from different regions, and even more so towards black people. (4) How to dress – presentation is everything, but if you are black and you live in Italy you need to take extra care, because this is what you will be judged upon. The way a black person dresses can tell a white Italian if they have good or bad intentions. In addition, black people need to keep in mind that the way they appear may frighten white Italians, or make many feel unsafe/unease. (5) Hairstyles – in Italy, black people’s hair can provoke two distinct reactions: one of curiosity where people will want to touch it regardless of how you may feel about it, or disgust, which means people will consider you dirty, untidy, unpresentable because of how your hair is styled.

Forget about intent, what does this tell us about the society we live in today?

These are some of the repercussions of a violent past that makes it extremely painful for black people to hear the n-word day in and day out, and this is something white Italians don’t understand, but really need to, if we want to make any meaningful progress. In order for them to understand what these repercussions entail for a black person, they need to be familiar with the violent past we have previously discussed. “This isn’t racism, racism is something else,” “this is ignorance not racism” are not acceptable nor plausible responses. “I understand what you are saying, however, most people today, haven’t experienced that violent past, so why make a fuss about it?” is equally unacceptable. As black people, we don’t need to have lived through the Atlantic slave trade or the Colonial period to be experiencing the consequences of those dark historical times, as it has been explained previously. That word represents a time where systemic racism and discrimination were widely accepted, and on some level systemic racism still exists today. Persevering in the use of the n-word simply adds fuel to the fire, and it reinforces a high level of inequality where a white person maintains their status quo – in this instance a position of superiority over black people. The n-word was used by slave owners and white people alike to address slaves and black people, today white people still use it to address the same ethnic group. Forget about intent, what does this tell us about the society we live in today? Surely Italy did not have the same history of slavery experienced by the UK and in the USA, however this does not condone the use of the word, nor does it justify dismissing all of the different issues linked to the use of this word. Many white Italians think that it’s ok to use it because they hear it from black rappers and singers. However, they don’t understand or don’t know why blacks can say it and they can’t. When a white person uses the n-word they are not just saying a bad word, they are unloading centuries of racism, discrimination, oppression and trauma. While a black rapper or musician who uses it in their lyrics, is trying to repossess the meaning of the word. Similarly, Italian rap and trap music is filled with the use of the n-word, and its use has gone undetected for decades now. The word is used without moral sense and its history is ignored as if it doesn’t matter.

During the Black Lives Matter protests back in June, some members of the Italian media jumped at the opportunity to comment on the racial issues in the USA, without even knowing exactly the facts and the history of discrimination and racism in America. Recently, a famous Italian journalist, writer and professor, while talking about George Floyd, referred to him as a n-word multiple times on live TV during prime time, for the entire country to see, and without any repercussions. It is important to point out that the n-word is not only used on TV, but it can also be seen in newspapers, books, online articles or heard on the radio. A recent example is an article on the Italian newspaper Libero, where the newly elected vice president of the United States Kamala Harris was defined as “a mulatto or a mestizo”, terms considered derogatory in Italian language. The newspaper probably decided to use these two terms instead of the n-word because Harris’s background has been a topic of conversation in recent months due to her historic nomination as vice president. They purposely used two derogatory terms to describe a biracial woman. We’re pretty sure that if Harris was Black, we would have seen the n-word instead. Episodes like these give the green light to many people to use the n-word and similar offensive words in their everyday language, and at the same time insult Italians of color, whom opinions on this matter and on topics linked to racism and discrimination, are rarely acknowledged and merely respected.

How can we convince non-black Italians to stop saying the n-word? 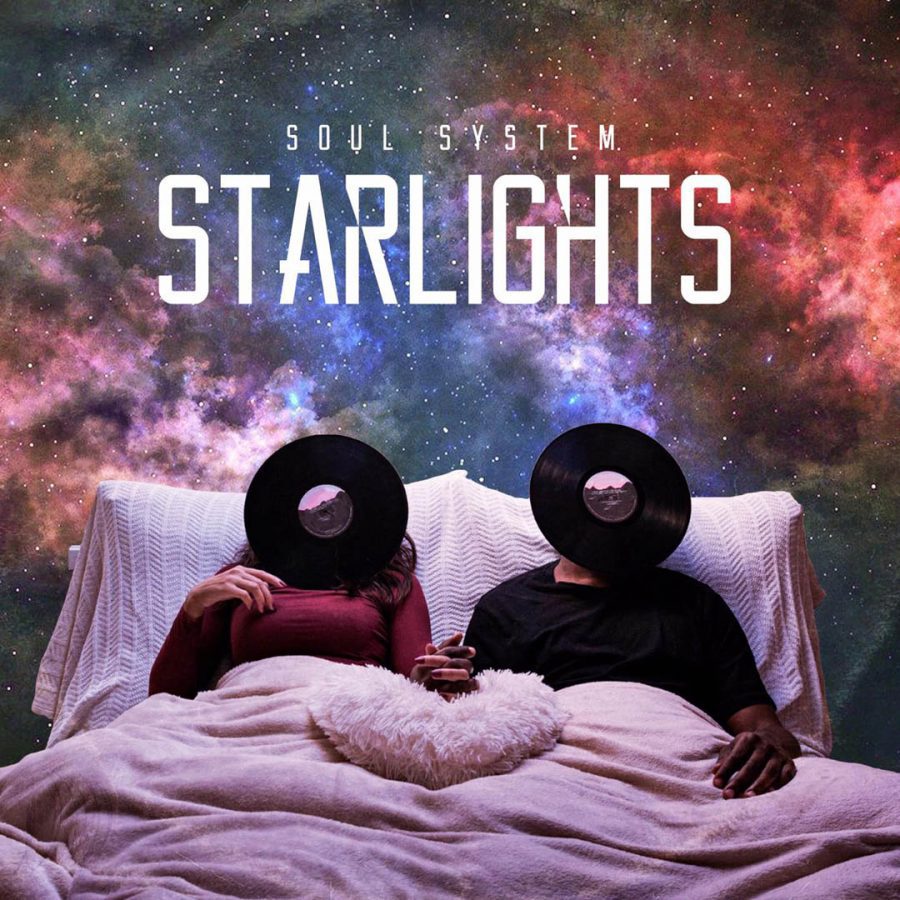