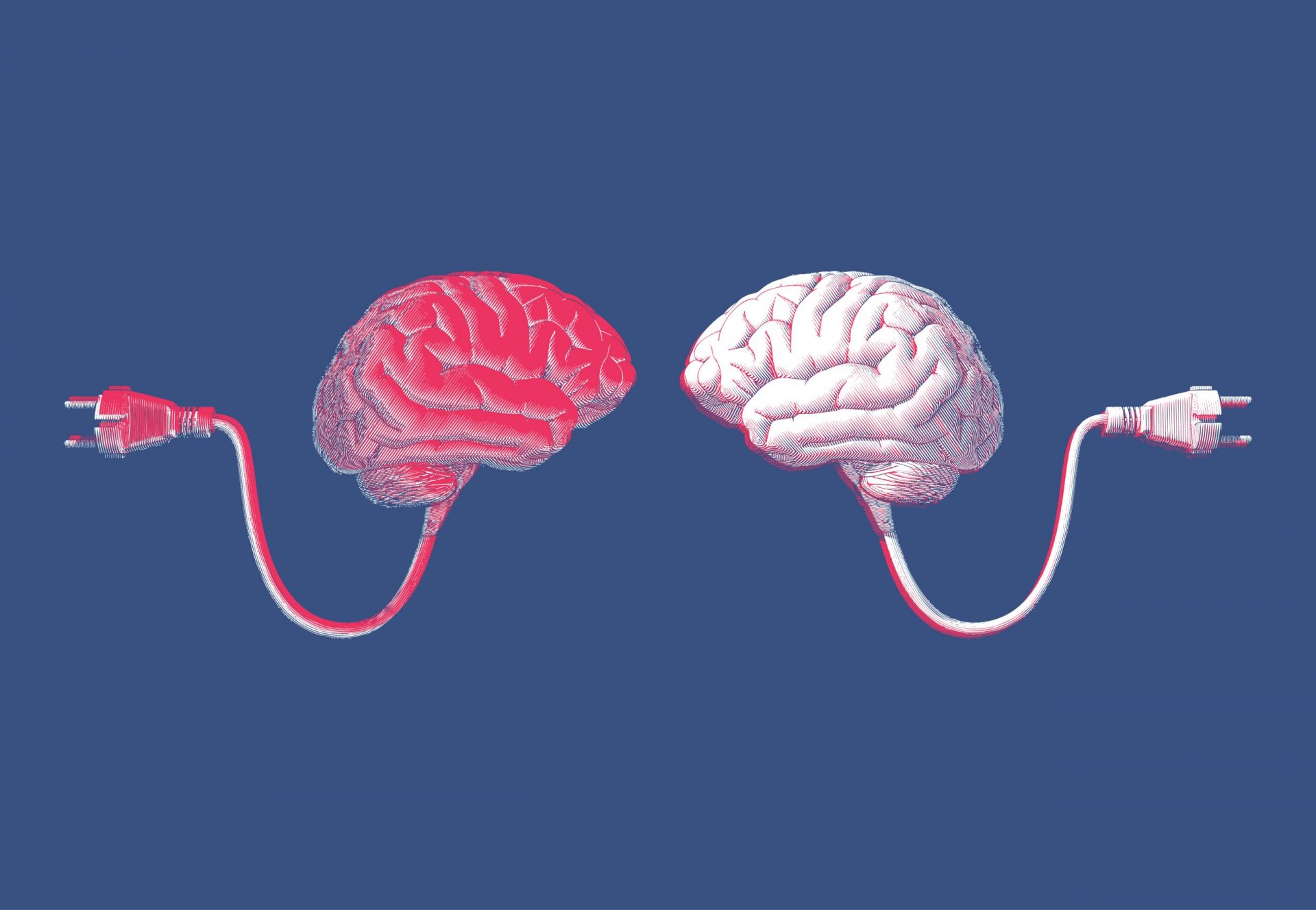 Diversity of thought is natural. We all have disagreements with people we love. It becomes tricky when the topic is related to politics, religion or personal values. Raise your hand if you have ever had an animated discussion with your uncle about Trump, abortion or racism! The way in which people decide to get into those uncomfortable conversations, however, vary by a number of factors, but ultimately it’s all about what works for your family. For instance, we have had two extremely different upbringings which, at least at first, have led us to tackle some of these conversations in very different ways. Simone for example, throughout the years has chosen a less confrontational route, whereas Giovanna has adopted a more head on approach. We don’t know which one is the best course of action (if there is any) when confronted with people who consider problems that affect your daily life as less than important, but as we write this, we raise a number a questions that we hope can help us move away, even if slightly, from a place of utter discomfort, when it comes to having those awkward conversations.

I [Giovanna] am guilty of having had conversations with my relatives that escalated to everyone shouting to get their point across, instead of trying to listen to one another and understand each other’s point of view. As the years went by, I realised that the important thing is to have a meaningful conversation to stimulate a constructive dialogue, instead of just shouting out my opinions without being open to hear what the other person had to say. I came to the conclusion that it was more constructive to present solid facts that could be easily collaborated by reliable sources online. However, it took me a long time to acknowledge this. Undoubtedly, my university experience helped me change the way I approached discussions on sensitive topics. It’s not like I could start raising my voice with a professor or a classmate when we had debates in class.

For years, I [Simone] have felt the need to start a conversation about race with my family, but for some reason I have always postponed by telling myself that it wasn’t the right time, that they might not understand where I’m coming from or simply that the points raised in the conversation may cause them offence. However, ‘is there such a thing as an ideal time to talk about such an uncomfortable topic?’ And ‘why are we so concerned about people’s white fragility?’

My family [Simone] is white, and lives in a small town in the north of Italy. They are not exposed to much, perhaps only to what the media feeds them, and to people who have a similar mindset to theirs. In the early 90s, going against the opinions of family and friends, who have warned them against adopting a black child, they have adopted me and have faced all of the different challenges that this entailed. Because of that, I am sure that they are aware of racism in Italy, and of the different degrees of discrimitation that comes with it. However, what I have also noticed throughout the years is that there is me, and then there are black people, I don’t necessarily think that they see me as black when at the dinner table we have conversations around the issues of immigration, crime, unemployment etc. I don’t think they see me as a black woman and all her struggles, they really only see their daughter and sister.

So we wonder: how do you start a meaningful conversation

where you basically have to explain to your family or friends that the rest of the world does not see you through the same lens as them, and that your skin colour is what will always keep you a step behind them, no matter the situation? And because they see you as their equal, how do you talk about the fact that systemic racism does exist and is a real issue that affects your life?

We don’t have a clear answer for any of these questions. When it comes to our loved ones, it is always difficult and somewhat awkward to talk about racism, especially when it may be pointed out that they are part of the problem, we don’t want to create tensions and we want to make sure that we do so in a safe environment where we are being respectful towards one another. Perhaps a good starting point would be looking at ourselves and at our own practice. What have we done to encourage the people around us to be more aware of their behaviour? Can we partially be held accountable? We would like to say no, but the reality is that often we let things slide to maintain the peace.

This has been the object of many conversations we have had with friends, and during a discussion we were having about traditional names, we discussed how a good number of people in the Western world doesn’t seem to make a real effort to learn how to correctly pronounce names they are not familiar with, or decide to mock them. One of the arguments, was that part of the issue is that people belonging to ethnic minorities – Asian or African countries for example – don’t always choose to stand up for themselves and make their voice heard, for example by correcting people as many times as necessary, or by challenging the other person when they dare to ridicule their names. Some of us completely rejected that idea and were a little defensive, as that would mean that the blame is to be shared almost equally between the two parties. However, If we think about it, whether we like it or not, there is some truth in that. In the case of the names for example, why do we rather Westernise our name instead of insisting that it is not made fun of and/or pronounced correctly? How do we expect people to make a change if we are not willing to challenge them when it is safe to do so? If we accept other people’s behaviour, are we then allowed to complain about the way they conduct themselves?

Perhaps this can be applied to a number of situations, where we are more concerned with not coming across as confrontational or rude instead of providing people with an answer which could potentially make them feel a little uncomfortable. There is nothing really wrong with that, yet, most of us hesitate. We know we do.

From our experience, in order to have a constructive conversation with someone who has a completely different point of view from ours on controversial topics such as racism or human rights, it is important to present our thoughts in a manner that is as personal as possible. A good case in point would be when Giovanna had a conversation with a relative about the importance of the BLM movement in Italy, and how – contrary to this person’s opinion – racial injustice isn’t just an American problem. I [Giovanna] have never really spoken to them about my experience as a POC growing up in Italy before, but I decided to do it this time around in order to make them understand that a member of their family does experience racism and discrimination. Last Summer, during the protests for BLM, I learned so much by reading and listening to other people’s experiences, and I felt that

if I was able to acquire more knowledge on the black and POC experience by hearing someone else’s story, skeptical people in my family could too.

Especially if it came from a relative who they have known for decades. I am not saying that this person completely changed their opinion and started marching with BLM in the streets of Milan, but it did help them learn more about the movement and be more accepting of it.

We understand that sometimes sharing personal experiences repeatedly can be triggering for some or even emotional, so perhaps a good alternative would be to share other people’s experiences through the use of videos, books or articles.

There are so many questions and not many answers, and we think that that’s ok, because as we stated at the beginning there isn’t only one way of leaving that uncomfortable place behind us. If that happens, it probably means that we are not asking the right questions, or confronting each other on the right issues. Those who are affected by racism and discrimination know what it’s like to be undermined day in and day out, not only out there but also at home sometimes, perhaps by that uncle who somehow finds it in him to justify racism. Yet, we don’t always speak up and too often we accept that it is what it is. We feel strongly about the fact that not breaking the cycle can cause us to become part of the problem. Certainly we can all agree that avoiding or postponing awkward conversations because afraid of people’s white fragility isn’t helpful, but then why do we do it and how can we start having those uncomfortable conversations within the safe environment that is our home? 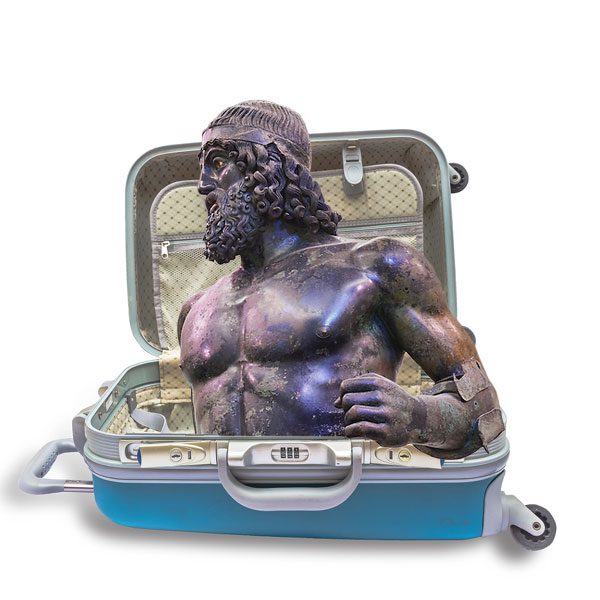 Imagine visiting Southern Italy, but you actually end up in Magna GraeciaCulture, Language 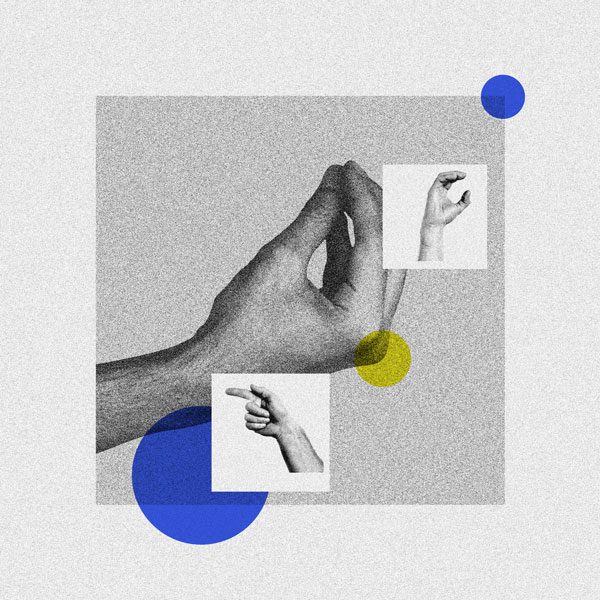