David Blank revisits his childhood in “Standing In Line” video

Today I-D Italia premiered Standing In Line, David Blank‘s emotional new music video. Through visuals directed by Tania Feghali and with the help of Creative director Stefano Libertini Protopapa, we follow Blank as he takes us to Camerano and Sirolo, two towns in the eastern Italian region of the Marche where he spent his childhood.

While the lyrics of the song are in english, you can hear him singing in Italian in the beginning of the video, but also give an impromptu performance towards the end, as he sings some verses from a song that speaks about healing, in Yoruba, the language of his parents. This hints at how multifaceted Blank’s persona is and how those little towns must have felt tight.

In writing Standing In Line, Blank collaborated with producer ilromantico and FLUIDOSTUDIO.

Check out the video below. 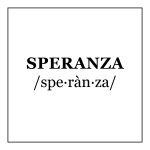 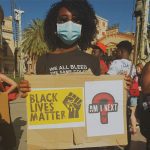