We Are Who We Are

Guadagnino wouldn’t compare his latest project to ‘Call Me By Your Name’ because that is about the past and this is about the here and now. *Takes notes*

HBO released the trailer for ‘We Are Who We Are’, the new eight episode drama series directed by Luca Guadagnino. This coming-of-age story follows the highs and lows of Fraser and Caitlin, two teenage American kids who live on a U.S. military base in Italy, as they experience friendship and first-love, all while grappling with identity. In writing this show in collaboration with Paolo Giordano and Francesca Manier, Guadagnino wanted to focus on the behaviors of the main characters rather than center the narrative around gender fluidity.

The show takes place in the midst of the 2016 U.S. presidential election and Guadagnino did this purposefully. In an interview with Variety, the filmmaker said that he did this as a way to comment on the political tumult unleashed by Donald Trump’s victory.

We will have to wait until the series premier on September 14th to see if Italy is just a beautiful backdrop, or if Italian culture has been woven into the story and the experiences of these characters. 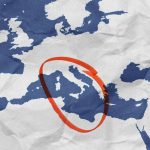 The New Yorker speaks to the Black Italians mapping out historyCulture 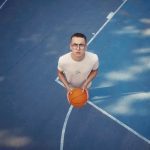